Images of our 2020 show are coming soon! 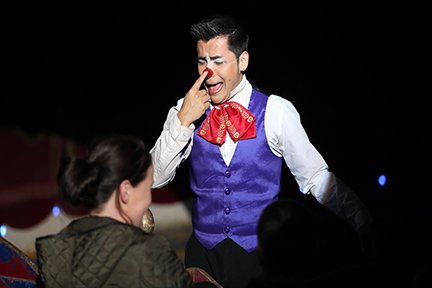 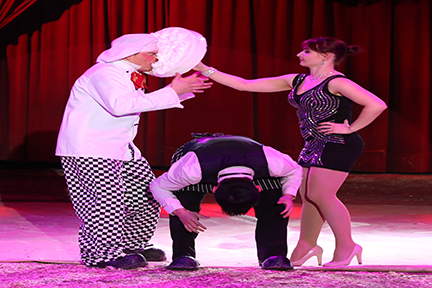 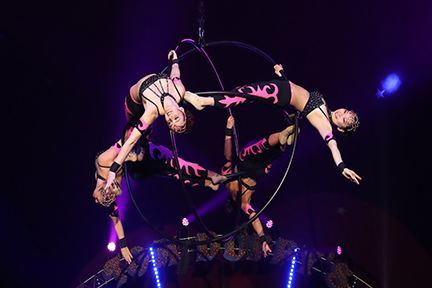 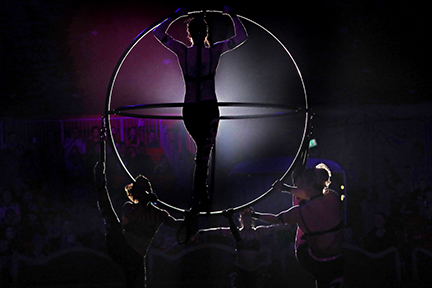 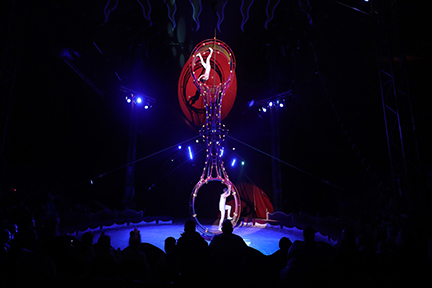 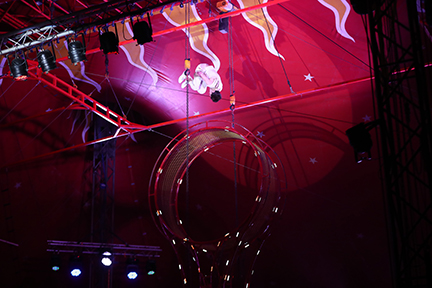 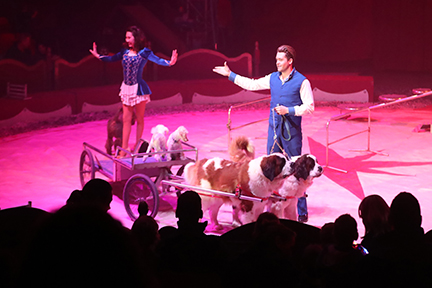 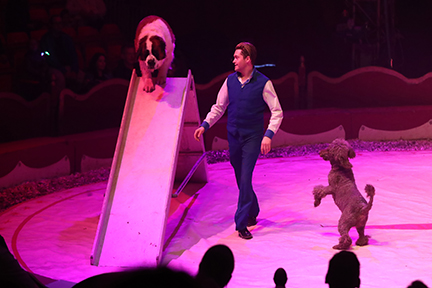 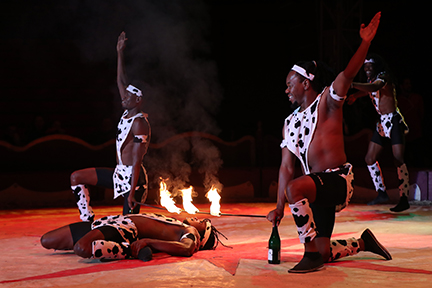 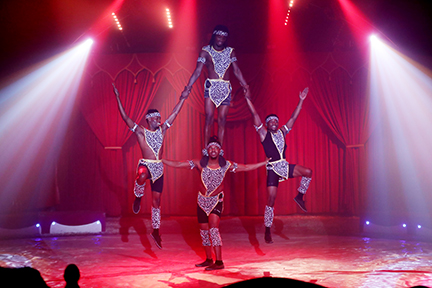 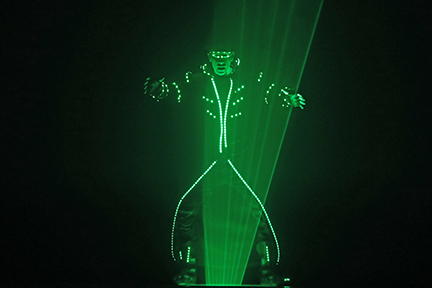 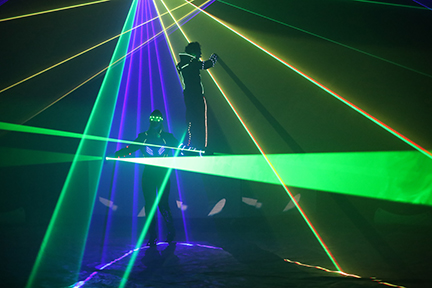 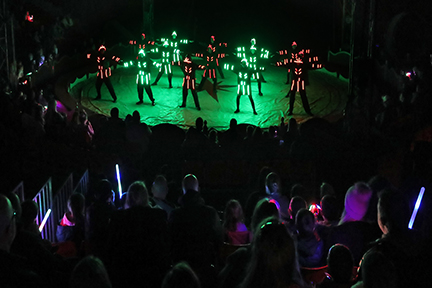 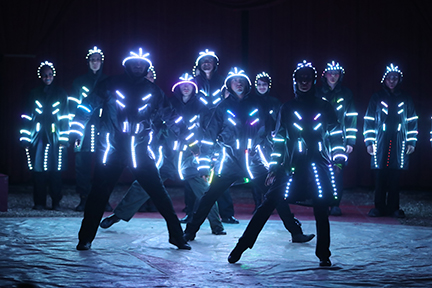 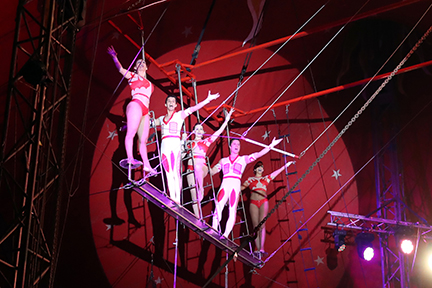 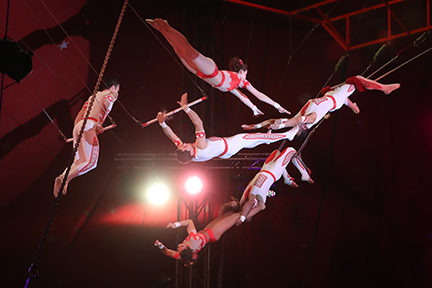 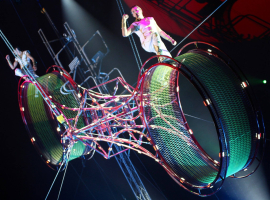 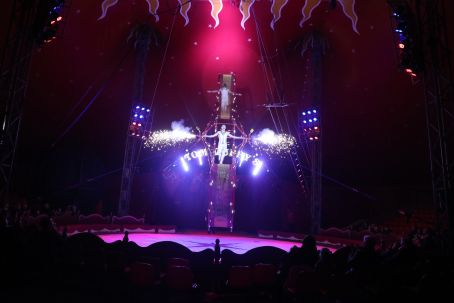 Tom and Jamie Duffy are quite literally a whirlwind duo. Complete concentration, balance, absolute trust in each other and a fearless mentality combine together to produce a heart-stopping performance on the Wheel of Death. As the huge wheel revolves getting faster and faster the brothers run, jump and skip as the lights blur. There are screams and many members of the audience can only watch through their fingers. Jamie is one of only a handful of people in the world to perform a forward somersault on the outside of the wheel. Their daredevil exploits have taken them to appear in Europe’s leading circuses each winter and recently they beat many world class acts to win the prestigious gold award the 'Grand Prix Der Artisten' in Hannover last month. These Irish boys are now a class act in their own right. The Duffy brothers take circus to the MAX ! 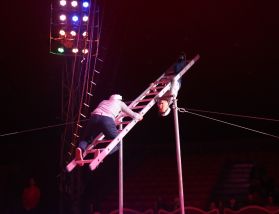 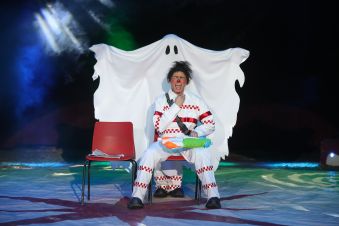 Lovers of traditional circus acts will roar with laughter at the antics of our hilarious clowns, David and Raffy from Mexico. 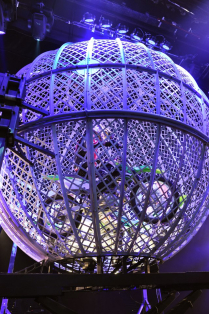 Prepare yourself for a white-knuckle ride as Team Pavlov rev up their supercharged motorcycles. The noise of the engines increases and that deafening roaring sound is right in front of you. Three young Brazilian daredevils enter the huge steel globe one by one. They begin to circle the inside of the globe, crisscrossing each other, making dizzying rotations as they defy gravity. Skimming past each other it is difficult to tell whether they are upside down or sideways Once they have started they can't stop or their bikes would fall on top of them. How do they not collide. It is danger it is excitement ! 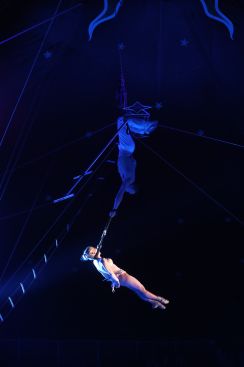 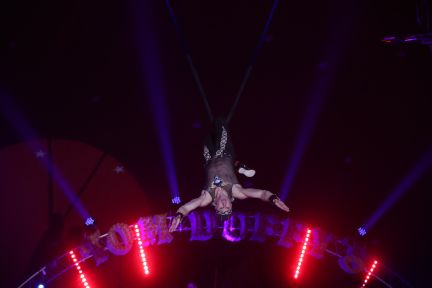 The Duo Teelker are a truly international couple from Holland and Portugal. They demonstrate power, agility and amazing technique high in the Big Top on the aerial cradle. The audience holds its breath as strength blends seamlessly with the fascinating lightness of flight. Effective drops, twists and turns culminate in an amazing whirlwind helicopter spin. 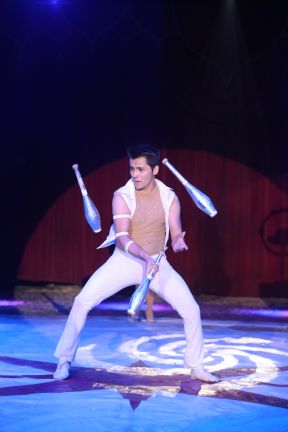 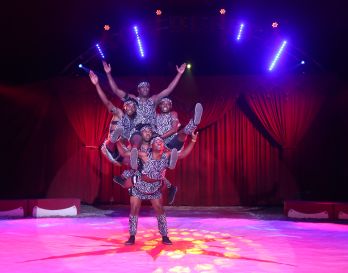 The Kenya Boys are making a welcome return to Ireland, with their astonishing acrobatics, twisting, tumbling and startling human pyramids. 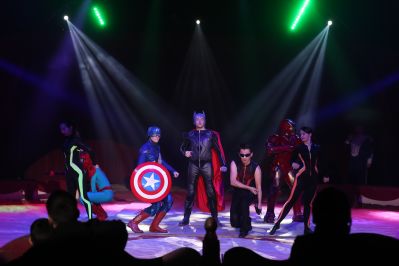 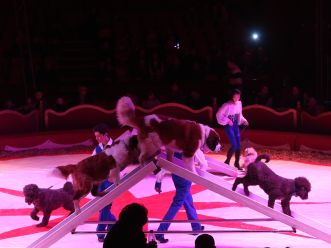 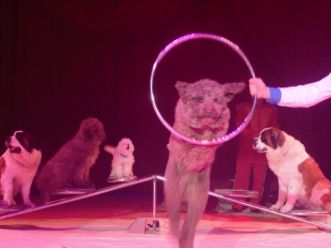 As always, the animal acts are the main draw for regular visitors. Our loveable giants, the St Bernard dogs, tend to dominate the ring, but it’s the cheeky miniature poodles that raise a smile with their mischief.